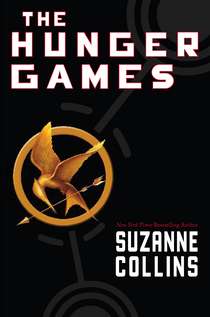 Has anyone else read this series of 3 books? It’s probably the most addictive series that I’ve ever read although it’s supposedly a teen series, I found them to be mature. Either that or I’m very immature… Really, though, other people my age like it. These books follow Katniss Everdeen through her entrance into the Hunger Games, which is a competitions between 24 competitors from the age of 12-18 that compete to kill each other. The last survivor is the winner. These games are forced upon the 12 districts in retribution for their uprising against the capital many years ago.

The writing is excellent and really gets you engaged. Unlike other books I’ve read, the author drops a bomb on you at the end of each chapter that makes you unable to just put the book down. There’s always a “I’ll just read the next chapter” and it ends up that it’s 3:00 in the morning and you just decide to finish the book. Addictive but great.

They’re also making a movie of the books, which I’ve seen they cast Woody Harrelson as Haymitch and Lenny Kravitz as Cinna. Yes, you may not know who they are but that actually sounds like some pretty good casting.

Is anyone else as excited about this series as I am?