This post has been a long time coming and while it’s a rambling bit of random thoughts with no real cohesion, it gives you an idea of what’s been happening with me lately. 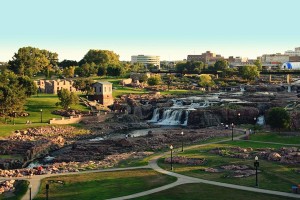 I moved to Sioux Falls, South Dakota with my wife Holli on July 1st, 2014. It was a whirlwind move that included a 14-hour straight drive, being homeless for a few days, and the moving company losing my bike. Yes, they lost my bike! This move was put in motion by Holli receiving a postcard from Sanford Health talking about their open ER positions and while we never considered South Dakota, more research into the hospital and the city had us at least considering the idea. After a couple of visits and learning more, the rest is history.

Overall, everything has been great here. We have a house that gives us a bigger living space than our 1,100 sq/ft in Cleveland, we have great neighbors, and the city has a lot going on for a smaller community than what we’re used to. We’re making great friends and are really enjoying our time here. We had a few weeks of below zero temperatures but we’re sitting in January with 30-40 degree temperatures, much like the back and forth temps in Michigan.

Making the move to Sioux Falls was a lot different than the temporary move from Detroit to Cleveland. It’s a different region and with that comes some regional terms. Here are a few of our favorites:

Black Hills
For our anniversary this year, Holli and I decided to go camping in the Black Hills (Westside of South Dakota). It was about a 5-hour drive, which gave me the opportunity to speed, get pulled over, and be reminded just how nice people in South Dakota are. The cop comes up to the window and asks me to come back to his patrol car, which apparently is a thing here. I let him know we’re going to the Black Hills for our anniversary, we just moved to South Dakota, and I let him know about our issues with transferring registration of the leased car (at the time expired in Ohio). He proceeded to pull out a map to show us a route we could take to drive through the Badlands on our way to or from the Black Hills, give me a warning instead of a ticket, and give me a spare map to make sure we found our way.

Once we made it to the Black Hills, we had a great time camping and hiking. We ended up hiking Harney Peak, which was a pretty good challenge. I’ll post some pictures later from our trip. 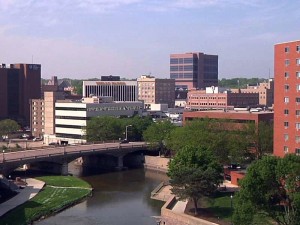 I moved my main office to Sioux Falls but I still have many clients in Detroit and I have my employees working remotely. My plan is to travel back to Detroit 3-4 times a year. Sioux Falls is a great place for business with it making the Forbes List of Best Small Places for Business and Careers, as well as other places on lists with them. There has been strong population growth, unemployment is at 3%, and there has been steady housing appreciation.

We’re both a big fan of the city and happy we moved here. We’re looking forward to new adventures in the area and meeting new people.